DE|IT|EN
More than 1,000 years of history – A place rooted in tradition and lore.

Near the end of the 12th century, the Lords of Tiers built the Velseck Castle on the mountain ridge branching off from the mighty Tschafon and separating the historical jurisdictions of Tiers and Völs. Here, high over the very thinly populated Tiers Valley, was apparently a good location for a stronghold. That’s because the House of Velseck was flourishing in the 13th century. At that time, the Velsecks were vassals of the bishop of Brixen and would hold court here for the inhabitants of Tiers. In 1470, however, the age of chivalry had come to a close, and the line of the Velsecks died out. By the year 1540, their fortress had fallen into decay. The lands and the castle ruins came into the possession of the bishop in 1650. Their coat of arms can still be seen today in that of the community of Tiers.

A mountain farmstead was later established here – just as simple and sustainable as a South Tyrolean farmstead could be in these parts. The people lived in harmony with the seasons, and they lived off of the bounty of the land.

All of this was an inspiration for us to establish a vacation resort in accordance with the fundamental principles of the “Three Columns” Model of Sustainability. A place where sustainable development is achieved by simultaneously implementing ecological, economic, and social goals on an equal footing.

We have thus succeeded in combining ecological, economic, and social aspects – just as has been the tradition here for the past thousand years.

all of the shuttle buses in the Seiser Alm vacation region (except lines 10, 11, and 12)

the regional trains in South Tyrol: from Brenner to Trento, from Mals to Innichen

the Ritten cableway and the Mendel funicular

one roundtrip with the Swiss PostAuto between Mals and Müstair 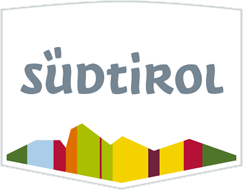